President Obama among those paying tribute to 1966 Texas Western champions 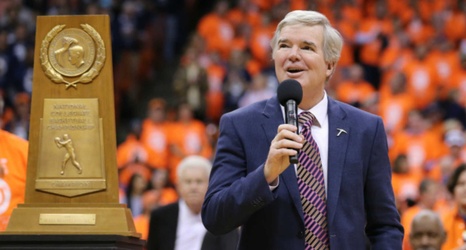 A halftime video from President Barack Obama led a host of 50th anniversary tributes Saturday to the 1966 Texas Western basketball team, whose NCAA Tournament championship generally is regarded as the historic moment segregation died across the South in college athletics.

"The Miners weren’t just champs on the court," the president said, "they helped change the rules of the game off it."

The school now known as UTEP started five African-American players against heavily favored Kentucky in 1966 and, under coach Don Haskins, pulled off the upset, 72-65.