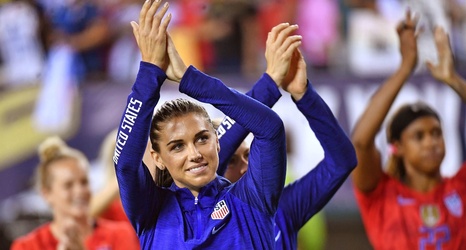 Alex Morgan is seven months pregnant, but that's not stopping her from staying sharp on the field and staying close to her U.S. teammates.

Days after a viral video circulated showing Morgan excelling at shooting drills, she joined the U.S. women's national team in Los Angeles, where it's training for the decisive semifinal match in Concacaf's Olympic qualifying tournament. For the U.S., it's simple: beat Mexico and advance to a seventh straight Olympics, or lose–for the first time in its Olympic qualifying history–and miss out entirely.

Morgan, who is due in April, was shown getting off the U.