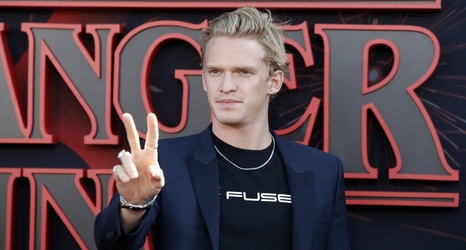 Pop star-turned-competitive swimmer Cody Simpson most likely booked himself a spot on the Australian International team for the Commonwealth Games and the World Championships later this year, with a blistering swim in the 100-meter butterfly at the Australian Championships on Wednesday.

Simpson, who returned to the sport two years ago after a decade-long break from competition, equaled the qualifying time of 51.96 in the finals of the event on Wednesday. He finished third behind Olympians Matthew Temple (51.50) and Kyle Chalmers (51.67).

The top two swimmers under the qualifying time advance to next month’s World Championships, but Chalmers has said publicly that he will skip the international competition in Budapest next month.