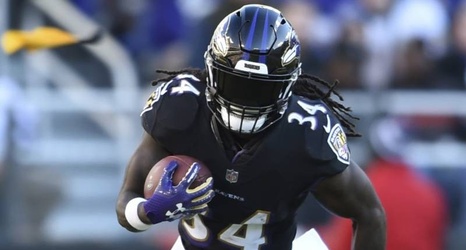 Video from former Baltimore Ravens running back Alex Collins' arrest in March 2019 surfaced Wednesday and showed police finding drugs and a gun in his car.

In the video, released by TMZ Sports, police pulled up to Collins, who was sitting in his Corvette after crashing into some trees. After smelling marijuana, police searched the car and found a large jar of the drug, as well as a handgun:

Both Collins and his friend, Tykheem Dunaway, were arrested and charged with marijuana possession. Collins was also charged with possession of a handgun.

The Ravens released Collins following the arrest, but the 25-year-old was able to avoid jail time when he agreed to a plea deal that resulted in probation and a fine.