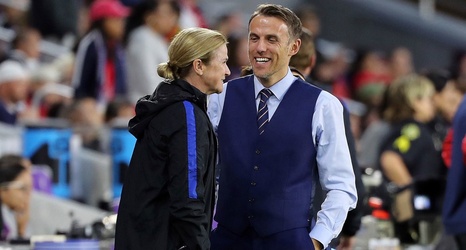 LONDON (AP) — Phil Neville, who led England to the Women’s World Cup semifinals in 2019, left the job earlier than planned on Monday to move back into men’s soccer as coach of Inter Miami.

Neville originally said he would stay until September when Netherlands coach Sarina Wiegman would succeed him after the rescheduled Tokyo Olympics to coach England into the home European Championship in 2022.

Now the Football Association, which runs the British Olympic team, is searching for a coach for Tokyo and an interim England coach.

“It has been an honor to manage England and I have enjoyed three of the best years of my career with The FA and the Lionesses,” Neville said in a statement.