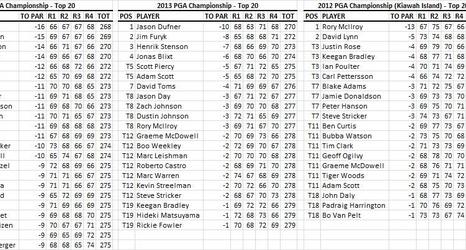 Royal Troon has been kind to American golfers as the host course for the Open Championship. The last six winners there have been Americans -- most recently Todd Hamilton in 2004 -- and on Thursday that trend continued as eight of the top 12 names on the leaderboard are American golfers.

The last time a non-American won an Open at Royal Troon was Bobby Locke in 1950. Since then, Arnold Palmer, Tom Weiskopf, Tom Watson, Mark Calcavecchia, Justin Leonard and Todd Hamilton have taken home the Claret Jug in the six Opens staged at Troon.