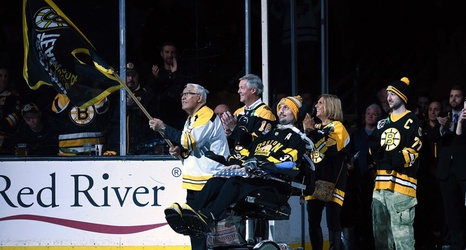 Pete Frates, known for his role in promoting the Ice Bucket Challenge to raise money for ALS, has died at the age of 34.

Frates was diagnosed with amyotrophic lateral sclerosis, also known as Lou Gehrig's Disease, in 2012. The Beverly, Mass., native sought to find a cure for the disease when he began promoting the Ice Bucket Challenge in 2014. The challenge, which involves someone having a bucket of cold water dumped over their head and then naming a friend to do the same, went viral on social media. That year Sports Illustrated named Frates as its Inspiration of the Year for persevering for a cause that was neglected by the public at large for years.