Pete Carroll: 'We Owe a Tremendous Amount' to Colin Kaepernick for Taking Stand 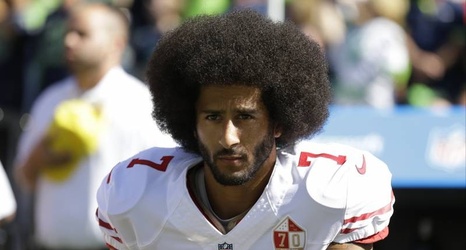 On the Flying Coach podcast on Tuesday (h/t ESPN's Nick Friedell), Carroll said "we owe a tremendous amount" to Kaepernick for his protest during the national anthem in his final season with the San Francisco 49ers:

"I think that there was a moment in time that a young man captured. He took a stand on something, figuratively took a knee, but he stood up for something he believed in -- and what an extraordinary moment it was that he was willing to take.