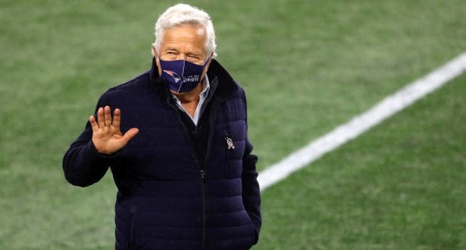 New England Patriots owner Robert Kraft has added to his extensive portfolio with a new mansion in the Hamptons.

Per Katherine Clarke of the Wall Street Journal, Kraft bought the 7,000-square-foot house in Southampton, New York for $43 million.

Clarke noted the sale price represents a $32.5 million profit for the seller, who originally purchased the site for $10.5 million in 2013.

The mansion was built in 2017 by real estate mogul Nir Meir and includes a pitched roof, large square windows and an oceanfront pool.

Per Jesse Pantuosco of Audacy, the house also has 10 bedrooms and 8.