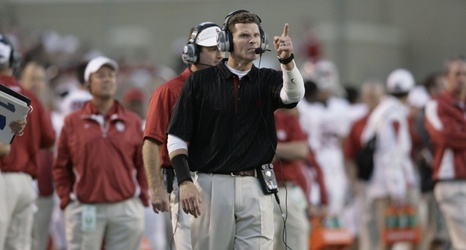 With Lincoln Riley off to USC, Oklahoma becomes the newest marquee job opening in a crazy coaching carousel. One name that has some former Sooners buzzing: former Oklahoma and current Clemson defensive coordinator Brent Venables.

Venables has resisted jumping into a head coaching position. The opportunity in Norman could be a good one, and two former Oklahoma stars he coached late in his tenure want to see him land the job.

Defensive backs Tony Jefferson and Aaron Colvin each played for Venables during the last few years of his Oklahoma tenure, before carving out NFL careers.