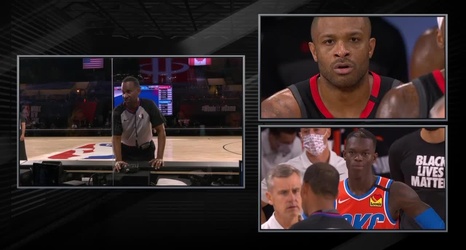 "I often hear we should stick to sports,” Murphy said per the Associated Press. "I have to respectfully disagree."

Murphy then referenced ex-Packers head coach and five-time NFL champion Vince Lombardi, saying that he was "ahead of his time in signing and supporting Black players when few in the league did."

He also said NFL owners must do their part.