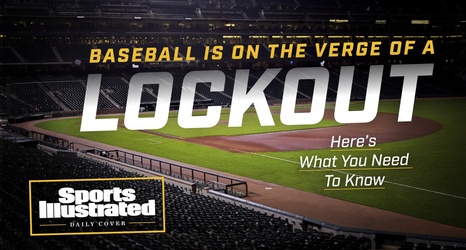 To the casual fan, Major League Baseball must seem this week to be in good shape. Teams have committed some $1.4 billion in free agency, spent another $338 million on extensions and executed five trades since Thanksgiving, making this the most active November in recent memory. But it all comes against the backdrop of a labor dispute that will almost certainly lead to the game’s first work stoppage in 26 years.

The collective-bargaining agreement between the league and the players association expires at 11:59 p.m. Eastern time on Wednesday. If the sides do not have a deal by then—and almost no one in the sport expects them to—the owners will likely lock out the players, pausing all major league transactions.