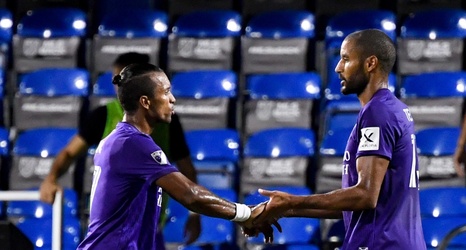 It all came down to Orlando City centerback Rodrigo Schlegel.

The 23-year-old tugged on the goalkeeper gloves, scrunching his face as he jogged towards the goal in the final minutes of the Orlando City vs. NYCFC.

The MLS playoff game had come down to a penalty shootout.

After saving the first penalty kick, star goalkeeper Pedro Gallese was sent off for a second yellow card moments later after being caught a step off the line on review. The fifth penalty had to be repeated, but Orlando couldn't sub in another goalkeeper, so in came Schlegel.

The defender didn't even jump when the first penalty kick came flying his way.