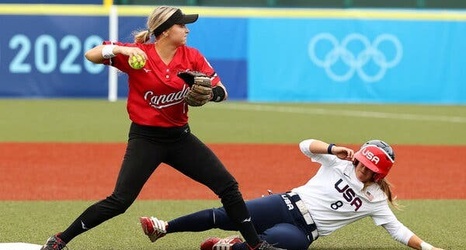 Abbott tossed a complete-game shutout, allowing just one hit, walking three and striking out nine. The day before, her fellow American ace Cat Osterman tossed six scoreless innings and struck out nine while surrendering just one hit to Italy. Abbott came in for the final inning to secure the 2-0 win.

So in two games, Osterman, 38, and Abbott, 35 — who both played in the last Olympic softball tournament, in 2008 — have combined to allow just two hits, give up three walks and strike out a whopping 21 batters.