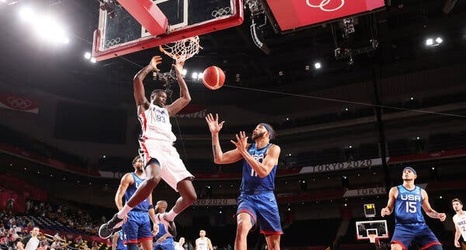 SAITAMA, Japan — The United States men’s basketball team fell to France, 83-76, in its opening game of the Olympics on Sunday night at Saitama Super Arena, remaining on unsteady footing after taking a rocky path to Tokyo.

The Americans shot only 36 percent and were outscored badly in the third quarter, 25-11, when they blew an 8-point halftime lead and fell behind for good.

Evan Fournier, who played for the Boston Celtics last season, led France with 28 points. Jrue Holiday, fresh off winning the N.B.A. title with the Milwaukee Bucks, scored 18 for the United States less than 24 hours after landing in Tokyo.