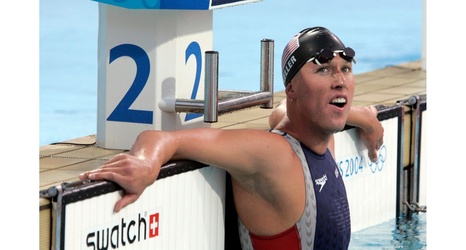 Keller, 38, was charged with obstructing law enforcement, knowingly entering or remaining in a restricted building or grounds without lawful authority, and violent entry and disorderly conduct, according to a criminal complaint written by an FBI agent.

Through a "search of open sources," the FBI found a video credited to conservative news organization Townhall Media. Keller, who won a gold medal in 2004 and 2008, is seen in the video that showed the 6' 6'' swimmer standing over a crowd in the Capitol Rotunda.