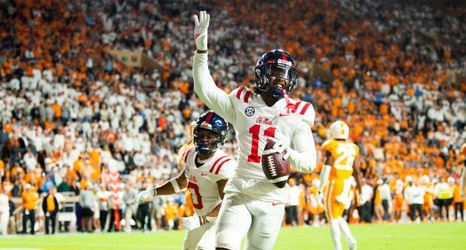 To think, Ole Miss-Tennessee came down to the final play after dodging golfballs and debris.

Lane Kiffin, who returned to Neyland Stadium for the first time as an opposing coach, and the Rebels survived Knoxville with a 31–26 win. But it came with dangerous mayhem: a fourth-down review turned the ball back into their hands, a lengthy delay due to fans throwing debris at the sideline and a chaotic final drive by Tennessee.

It all started with Volunteers quarterback Hendon Hooker throwing a pass to Jacob Warren on a fourth-and-24 with less than a minute left, but after further review, the tight end fell a yard short.