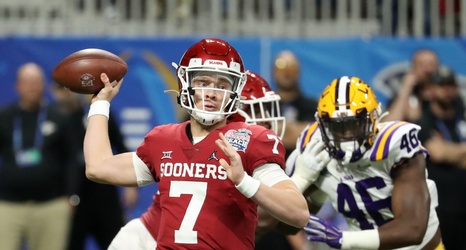 The Oklahoma Sooners are currently on a historic run of five consecutive Big 12 championships, making four appearances in the College Football Playoff in the process. After a three-year run of having two Heisman Trophy winners and a runner-up at quarterback, the Sooners will start the 2020 season with questions under center as the pre-season No. 4 team in many polls behind only Clemson, Alabama and Ohio State.

Back on May 5 we highlighted that redshirt freshman quarterback Spencer Rattler has drawn the attention of sharp bettors in Vegas in Heisman Trophy wagering. Rattler was the No. 1 quarterback recruit in the country.