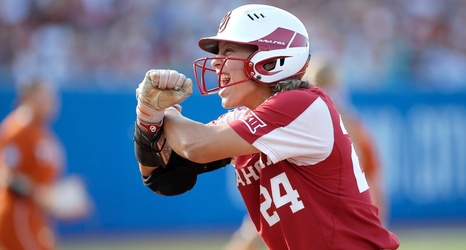 After entering the season ranked as the No. 1 team in the country, Oklahoma has once again run the gauntlet to repeat as national champions.

The top-seeded Sooners won the Women’s College World Series for the second consecutive year, defeating Texas 10–5 on Thursday night. The victory marked the program’s sixth WCWS championship, all of which have come under coach Patty Gasso, and its first back-to-back title wins since 2016 and ’17 seasons.

After falling in an early 2–0 hole through the first three innings, Oklahoma evened the score in the fourth thanks to a throwing error by Texas’s Mia Scott and a single from redshirt senior Taylon Snow.