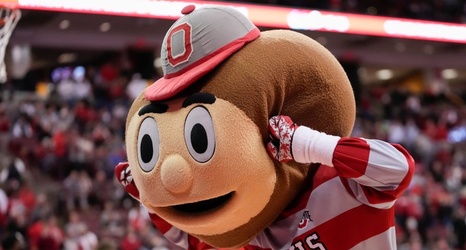 When it comes to the Ohio State-Michigan rivalry, it’s never too early to get involved.

Blue chip wide receiver Bryson Rodgers certainly took that approach on Wednesday when he shared a text message he received from a Michigan assistant. Rodgers, a four-star class of 2023 recruit who committed to the Buckeyes in April, at first did not respond to the text but later followed up with a simple “Go bucks.”

“Well, ttun and their staff must not get the memo that I am committed to The Ohio State University,” Rodgers wrote. “Mr. Ron Bellamy, the wide receiver coach there, is a prime example here shown below.