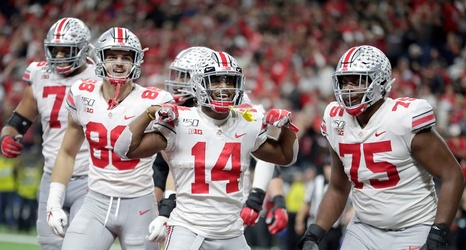 The Buckeyes rallied in the second half to take home the conference crown and make a strong case for holding their No. 1 spot in the College Football Playoff rankings.

Wisconsin dominated the first half and looked like it could upset the Buckeyes. The Badgers opened the game with Jonathan Taylor's 44-yard touchdown run. Quarterback Jack Coan showed off his wheels during a 14-play drive before adding his first rushing TD of the game with a 14-yard run.