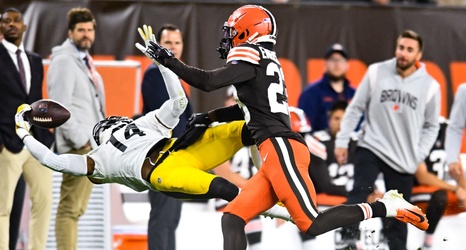 Odell Beckham Jr. knows a few things about pulling down a ridiculous catch, and even he was amazed by George Pickens' ridiculous one-handed grab during the Thursday Night Football matchup between the Pittsburgh Steelers and Cleveland Browns.

Suffice to say, Pickens' nab was compared to Beckham's otherworldly one-handed catch from back in 2015, and at the very least was reminiscent of that famous highlight.

There was a ton of buzz surrounding Pickens, the Steelers' second-round pick in the 2022 NFL draft, throughout the summer.