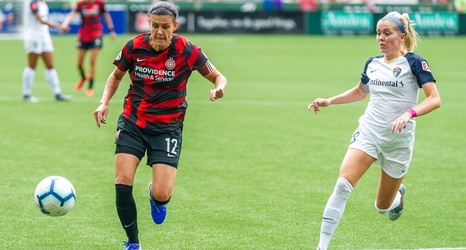 NWSL will become the USA's first pro sports league back in action since the pandemic-induced shutdown when its Challenge Cup tournament in Utah begins on June 27.

The parameters of the competition were set a few weeks ago, and while it still remains to be seen which players will and won't be participating in the monthlong exercise, the full schedule and broadcast slate have been sorted at last.

The competition will kick off with a meeting between the league's two dominant teams, the North Carolina Courage and Portland Thorns, which will be aired on new television partner CBS (and its streaming arm CBS All Access) at 12:30 p.