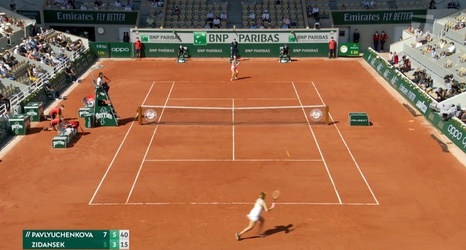 The French Open organizers tried something different this year: they played the men's final on a Friday. At least that's what it felt like this afternoon at Roland Garros. In a stunning takedown, Novak Djokovic defeated Rafael Nadal 3-6, 6-3, 7-6 (4), 6-2 in four hours and 22 minutes to advance to the French Open final.

The top seed in Paris, Djokovic has held a slight winning record in the 57 career prior meetings against Nadal. But that doesn't undercut the magnitude of this upset. Beating the 13-time champion Nadal at the French Open is something that has been done only twice since 2004—and Djokovic knows the difficulty better than anyone.