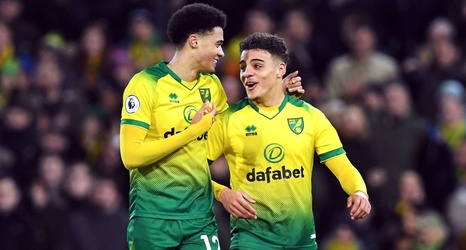 NORWICH, England (AP) – Norwich rekindled its hopes of staying in the English Premier League by beating third-placed Leicester 1-0 on Friday.

A swerving finish from left back Jamal Lewis in the 70th minute earned Norwich just its second victory since November, lifting the last-placed team within four points of safety with 10 games remaining.

Leicester, which was without star striker Jamie Vardy because of a calf injury, had a goal scrubbed out by a VAR intervention four minutes into the second half when Kelechi Iheanacho was adjudged to have controlled the ball with his hand before curling home from the edge of the area.