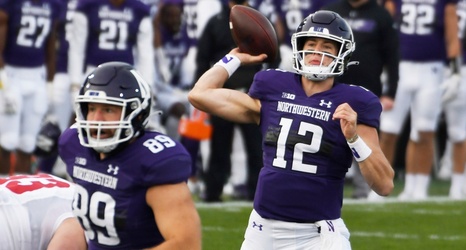 Peyton Ramsey threw two touchdown passes and No. 19 Northwestern shut down Graham Mertz and No. 10 Wisconsin for a 17-7 victory on Saturday that put the undefeated Wildcats in control of the Big Ten West.

Northwestern forced five turnovers—four in the first half—and sacked Mertz three times in its first win over a top-10 team since a 28-25 victory over No. 9 Nebraska on Nov. 5, 2011. Ramsey, a graduate transfer from Indiana, was 23 for 44 for 203 yards, and Ramaud Chiaokhiao-Bowman had four receptions for 95 yards.