Noah Lyles Gets Redemption and an American Record 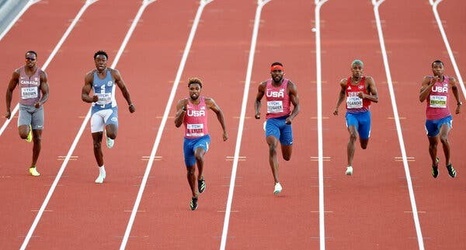 Noah Lyles is the best in the world again.

Lyles, the reigning 200-meter world champion who only managed a bronze medal at last year’s Olympics, won a second consecutive world title Thursday night in Eugene, Ore. Lyles won with a time of 19.31, the third-fastest time ever, holding off a stacked field that included the sport’s rising star, Erriyon Knighton, who is just 18 years old and probably won’t be held off for long. Lyles put a significant gap between him and the talented field, winning by almost a half second, and he said he didn’t realize that Knighton finished third, and not second, until they walked up to the podium.