No. 1 Kentucky Loses to Unranked Evansville at Rupp Arena 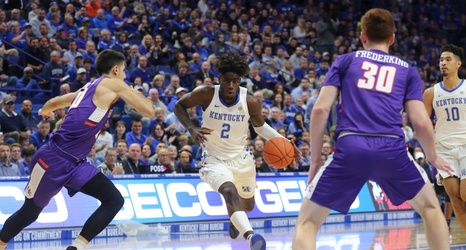 Kentucky jumped to No. 1 in the AP Poll on Monday, vaulting over preseason No. 1 Michigan State. John Calipari's squad defeated the Spartans on opening night, winning 69–62 at Madison Square Garden on Nov. 5.