No. 1 Kansas clinches share of Big 12 title with win over TCU 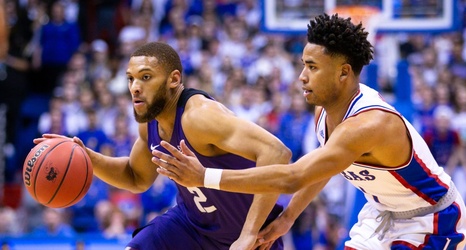 LAWRENCE, Kan. (AP) — Udoka Azubuike walked gingerly into Allen Fieldhouse on his sore ankle and proceeded to score a career-high 31 points with 14 rebounds, leading top-ranked Kansas to a 75-66 victory over TCU on Wednesday night to clinch at least a share of the Big 12 regular-season title.

Azubuike was 13 of 14 from the field and also had five blocks just four days after hurting his ankle in a win over Kansas State. Devon Dotson added 18 points and he also gave coach Bill Self and about 16,000 fans a scare when he left briefly midway through the second with what appeared to be an ankle injury of his own.