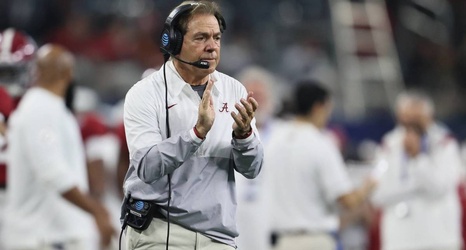 Ever since Nick Saban arrived in 2008, Alabama has dominated college football, winning six college football national championships in that span. The sport’s seven different champions in 13 years has led to a perceived lack of parity.

One person who has recognized this issue is Saban. While appearing on The Paul Finebaum Show, Saban lamented how little parity the sport currently has.

“One of the things I like to see us be able to work back to is everything in college football has always had parity,” Saban said. “I don’t think we have that balance right now which could affect the parity of college football and college athletics as a whole.