NFL Week 14 Preview: Why Brissett Is Still the Colts’ Future 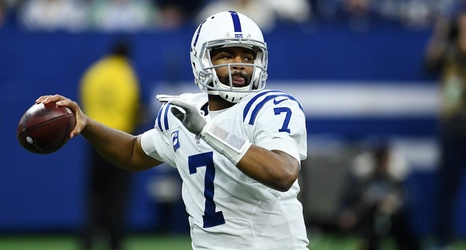 1. I had a hunch that Jacoby Brissett wouldn’t be Andrew Luck. My first clue was that they spell and pronounce their names differently. Ten full games into his first full season as a starter, Brissett has shown that he isn’t an MVP-caliber quarterback like Luck. But he has shown that he's the quarterback of the future in Indy.

The narrative of Brissett not being good enough has grown out of a combination of bad breaks, unrealistic expectations after two decades of Manning/Luck, and the unquenchable thirst for bad takes. During what has been a relative slump, the Colts have been without their top-two passing-game weapons (T.