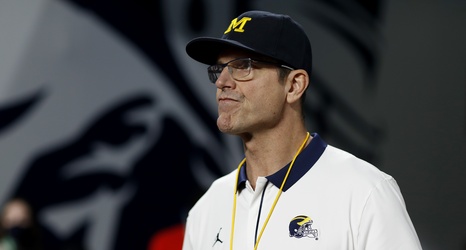 University of Michigan head coach Jim Harbaugh reportedly hasn't officially interviewed for any of the NFL head coaching vacancies despite rumors about a potential return to the pro level.

Mike Florio of Pro Football Talk reported Friday no Harbaugh interviews were confirmed to the league office as required by rule, which suggests he could be using NFL interest as leverage in contract talks with U-M or the discussions happened "off the books."

Get the best sports content from the web and social in the B/R app.