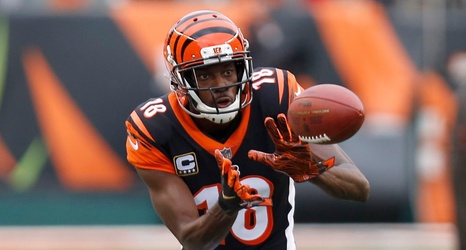 The Cincinnati Bengals are planning to use their franchise tag on wide receiver A.J. Green, according to ESPN's Dan Graziano and Jeremy Fowler.

Green did not play during the 2019 season after he tore ligaments in his left ankle during Cincinnati's first preseason practice. The Bengals are reportedly intent on keeping him during the 2020 season, whether through the tag or a longer deal.

Cincinnati keeping Green is a "good selling point" for the team's No. 1 pick in the NFL draft, Fowler added. Projected first-overall pick Joe Burrow said if drafted by the Bengals, he would look forward to playing with Green.