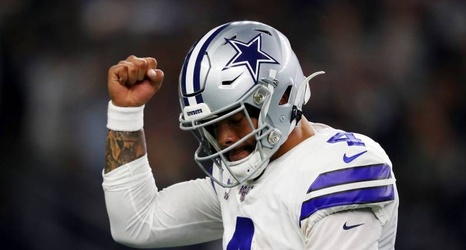 The Dallas Cowboys' emphatic victory over the Philadelphia Eagles highlighted Week 7's results around the NFL.

Dallas snapped a three-game slide with the 37-10 rout and moved one game ahead of Philly in the NFC East standings. The Indianapolis Colts and Houston Texans also swapped places in the AFC North after Indianapolis earned a 20-23 triumph.

The results solidified the Cowboys and Colts as top-10 teams entering Week 8's slate of games.

Before the rankings, though, we'll highlight the playoff picture as it looks heading into Monday Night Football in Week 7. Super Bowl odds accompany the power rankings.