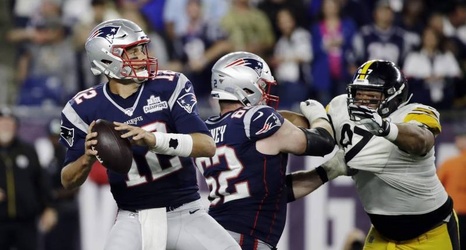 OK, that's not entirely accurate. In Cleveland, it most assuredly did—the most-hyped team of the offseason got drilled in an effort that landed somewhere in between putrid and pathetic.

But elsewhere around the league, plenty of things went right. The Baltimore Ravens opened the season (and a can of you-know-what) with an offensive explosion against the lowly Miami Dolphins. The Minnesota Vikings turned back the clock with an old-school offense in an emphatic win against the Atlanta Falcons.

And the defending champs sent a clear message that they aren't going anywhere by stomping a mudhole in the Pittsburgh Steelers on national television.