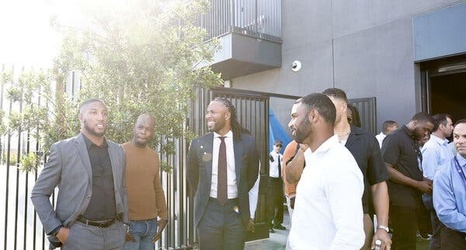 INGLEWOOD, Calif. — Sebastian Joseph-Day, a former defensive tackle for the Los Angeles Rams, scrunched his face as he recognized his mistake.

Moments earlier, ahead of Joseph-Day’s practice rep as an analyst during the N.F.L.’s broadcaster boot camp last week, an instructor reminded him to remain unbiased and not say “we” or “us” as he described the action in a recorded Rams game.

But staying neutral may have been difficult for Joseph-Day, who spent three seasons with the team. Midway through the drill, an “us” slipped, but Joseph-Day, now a Los Angeles Charger, recovered and finished the exercise cleanly.