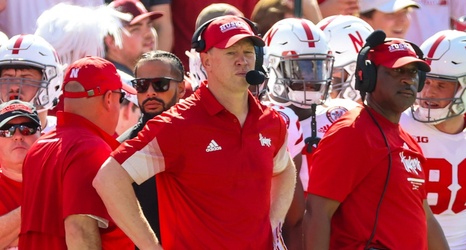 Nebraska was up 21–6 against Big Ten rival Iowa with a chance to send the brutal 2021 season off on a high note. Those who've seen Husker games this season may have an idea of how this one went.

The Hawkeyes hit a 36-yard field goal to cut the lead to 21–9 late in the third quarter. Four plays later, a Nebraska punt was blocked by Joe Evans and returned for a touchdown by Kyler Fisher, pushing things to 21–16. Nebraska avoided immediate disaster, forcing a punt after fumbling it away, but quarterback Logan Smothers took a safety with just under 10 minutes left in the game to make the score 21–18.