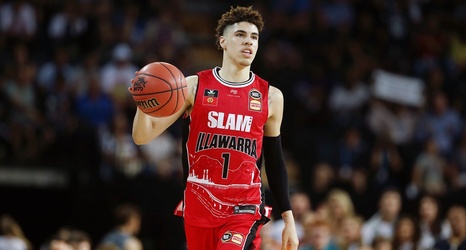 The Minnesota Timberwolves, who own the top pick in the 2020 NBA draft, met with highly-touted prospect LaMelo Ball on Tuesday, according to ESPN's Jonathan Givony.

The meeting reportedly consisted of an interview, which took place in Southern California, and did not feature any basketball activity. Timberwolves president of basketball operations Gersson Rosas and head coach Ryan Saunders were both reportedly in attendance.

The Crossover’s NBA Draft Newsletter brings you exclusive content, intel and analysis as the 2020 draft draws near. Subscribe now to get the free newsletter delivered to your inbox.