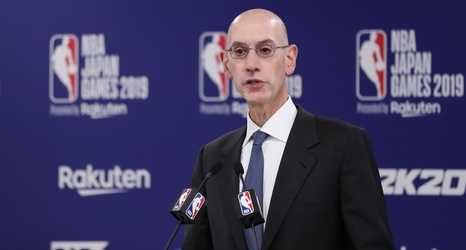 The main state television broadcaster in China announced Tuesday that it would not broadcast two N.B.A. preseason games scheduled for this week in Shanghai and Shenzhen, as the firestorm over a team executive’s Twitter post supportive of pro-democracy protesters in Hong Kong continued to escalate.

In its statement, the broadcaster, China Central Television, chided Adam Silver, the N.B.A. commissioner, for expressing support for the free speech rights of Daryl Morey. Morey, the Houston Rockets general manager, posted a supportive message about protests in Hong Kong on Friday night that drew an angry response from Chinese officials and set off debate about how corporations should balance their public images with their eagerness to do business in China.