Nate Diaz on Being an Underdog Against Leon Edwards: ‘I Ain’t Sweating It’ 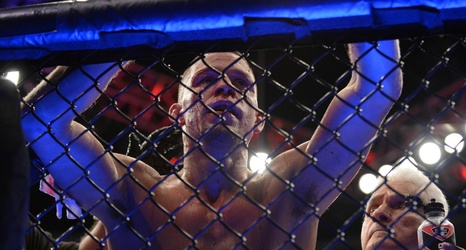 Since 2004, Nate Diaz has made his home in the cage. He makes his homecoming this Saturday at UFC 263, as the iconic mixed martial artist looks to defeat the heavily favored Leon Edwards. Subscribe for full article

Ahead of his fight at UFC 263 against Leon Edwards, Nate Diaz discusses his underdog status, his return since his loss to Masvidal in 2019 and more.

In Azerbaijan, where an authoritarian president menaces the media and seeks to burnish his nation’s image with sports, an outspoken reporter was physically attacked because of his Facebook post about soccer.