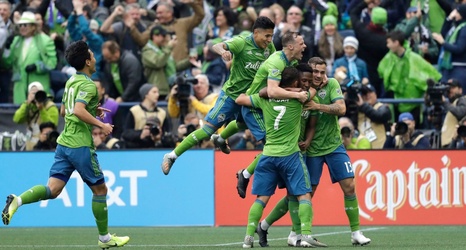 On Thursday, MLS announced dates and initial schedule for 2020 as it prepares to celebrate its 25th season.

There are some tasty matchups for the opening weekend, which kicks off February 29-March 1, including Nashville SC's home opener and league debut against Atlanta United at Nissan Stadium (8pm ET) and Inter Miami's visit to Banc of California Stadium and LAFC (5:30pm ET) the following day. Tab Ramos and his Houston Dynamo side welcome Zlatan Ibrahimovic-less LA Galaxy on Saturday at 3:30pm ET.

2019 MLS Cup champions Seattle Sounders will face off against Chicago Fire (another club without a coach) at CenturyLink Field on Sunday.