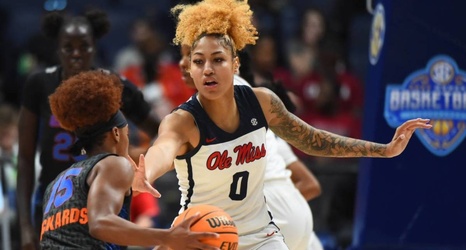 Shakira Austin is headed back to the DMV.

The Mystics selected Austin with No. 3 pick in the WNBA Draft on Monday night. The former Ole Miss star will now head to the nation’s capital, just a few hours away from her hometown of Fredericksburg, Virginia.

Austin dominated during her last two years with the Rebels on her way to earning consecutive first-team All-SEC honors. During the 2021–22 season, she averaged 15.2 points, 9.0 rebounds and 2.1 blocks, leading the program to its first NCAA tournament berth since 2007.

Austin is the sixth-ever Ole Miss product to be selected in the WNBA draft and the first since Bianca Thomas in 2010.