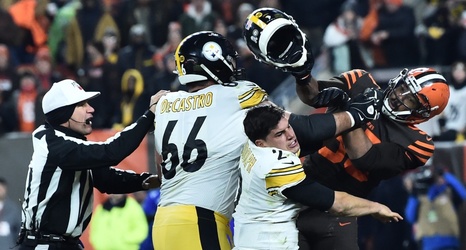 "He called me the N-word," Garrett told Outside The Lines' Mina Kimes during an interview that aired Thursday night on SportsCenter. "He called me a 'stupid N-word.'"

Garrett was suspended indefinitely by the NFL for his role in the brawl, but was reinstated Wednesday and will be able to join the team and participate in offseason workouts when they begin in April.

The Browns DE leveled the same allegation in the wake of the incident, but in November the league found "no such evidence" of slur during its prior investigation, league spokesperson Brian McCarthy said at the time.