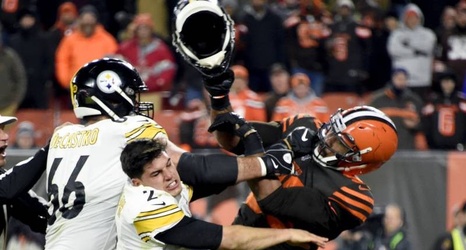 Cleveland Browns defensive end Myles Garrett told ESPN's Mina Kimes during an interview for Outside The Lines (h/t ESPN's Jake Trotter) that Pittsburgh Steelers quarterback Mason Rudolph called him a "stupid N-word" before a massive brawl that occurred on Nov. 14 near the end of the Browns' 21-7 win.

Garrett took Rudolph's helmet and struck him in the head with it in a fight involving numerous players. The Browns' defensive star was suspended indefinitely and missed the final six games but had his ban removed on Wednesday.