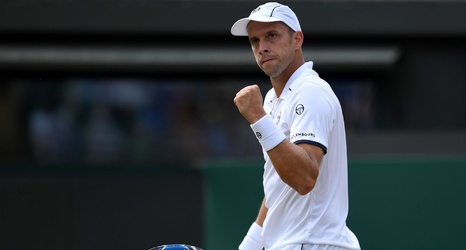 Gilles Muller has eliminated Rafael Nadal at Wimbledon, outlasting the 15-time Grand Slam winner in a five-set marathon Monday at the all England Club.

Nadal, the reigning French Open champion, has not been to the Wimbledon quarterfinals since 2011. The match lasted 4 hours, 48 minutes.

Federer, a seven-time champion at the All England Club and one of the fan favorites, reached the quarterfinals here for the 15th time in his career.