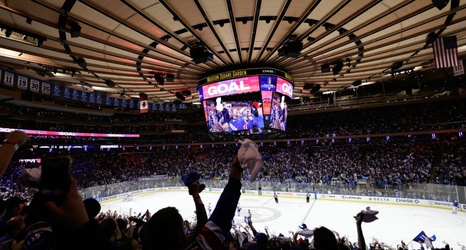 A viral video shot inside one of MSG’s concourses captured the moment a Rangers fan punched a Lightning fan in the face as spectators exited the arena following Tampa Bay’s 3–1 win. While the two-minute clip did not show the events leading up to the seemingly unprovoked punch, the immediate aftermath shows dozens of fans tending to the victim who laid motionless on the floor.

MSG officials confirmed the perpetrator, who was also involved in another assault off-camera, has been banned from the arena for life for his actions which they deemed as “abhorrent assault.