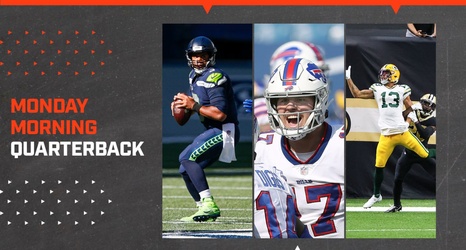 Seattle's game-winning drive over Dallas was aided by the meticulous work Russell Wilson put in to build trust with his teammates during quarantine. Plus, when Matt Nagy first considered inserting Nick Foles at quarterback, Buffalo and Detroit avoid gut-punch losses and more from Week 3.

Russell Wilson isn’t some sort of seer, but he doesn’t believe that any of this is happening by mistake, either. And so his approaching Greg Olsen, just before Seattle took the ball at its own 25 with 3:59 left, down 31-30? That was more than just a quarterback giving his teammate a pat on the rear-end as his offense headed into crunch time.