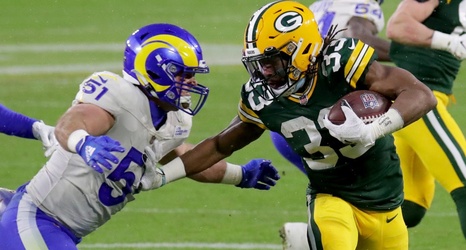 We have a heaping slate of NFL games to look forward to this Thanksgiving, with only two teams (Cardinals, Chiefs) on bye and a couple of Thanksgiving matchups between playoff contenders ... as well as Lions-Bears. Multiple MMQB staff members are actually backing Detroit to win its first game of the year, while Dallas and Buffalo are favored to get back on track in the later windows on Thursday.

Some of the weekend's top matchups include a crucial AFC North battle between the Bengals and Steelers, the Packers hosting the Rams in what many would bet is an NFC Championship preview and a showdown between two teams tied for NFC wild-card spots in the Vikings and 49ers.