MMQB: How Matt Ryan Came Out of an Uncertain Offseason in a Good Place 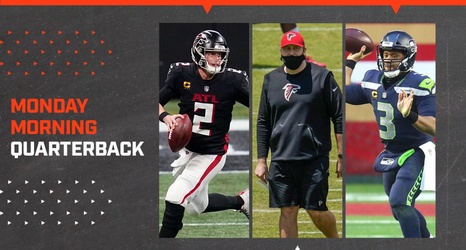 In one way, the Falcons’ new bosses were very transparent with Matt Ryan ahead of April 29, telling the 13-year vet that they’d look at all positions—quarterback included—with the fourth pick in the draft.

In another way, they really weren’t. Coach Arthur Smith and GM Terry Fontenot were front-and-center at pro days for Trevor Lawrence, Zach Wilson, Trey Lance, Justin Fields and Mac Jones (and brought offensive coordinator Dave Ragone with them), and did all the same work the Jaguars, Jets, Niners, Bears and Patriots did before taking those quarterbacks in the first round.