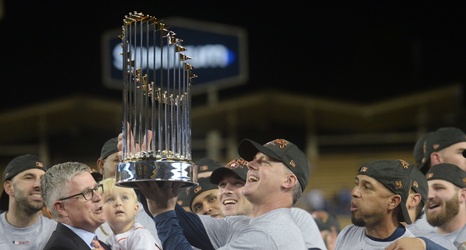 MLB will not strip the Astros or Red Sox of their titles no matter what further evidence arises. Commissioner Rob Manfred announced as much on Wednesday, saying that he would uphold the "long tradition in baseball of not trying to change what happened."

"I think the answer from our perspective is to be transparent about what the investigation showed and let our fans make their own decision about what happened," Manfred told Fox Business Network.

This initiative is similar to the league's oversight of the steroid scandal, which saw countless records preserved despite evidence that showed they could be tainted.